Cultural appropriation can be a very delicate question when it comes to brand management. While some organizations risk their reputations by waiting too long to take action, others approach the issue with courage and sensitivity. BrandBourg talks to Nathalie Vallée, the Director General of Collège Ahuntsic, who set out to change the name of the college’s sports teams by initiating a thoughtful and thorough rebranding exercise nearly two years ago. In the end, the Indiens d’Ahuntsic (Ahuntsic Indians) became the Aigles d’Ahuntsic (Ahuntsic Eagles). BrandBourg Senior Partner Pierre Léonard had the pleasure of serving as an advisor and working closely with the college throughout the process.

BB: What prompted you to take this initiative?

NV: Whenever I saw the name and logo of our sports teams on players’ jerseys, in our publications, on the walls and floor of our gym, I felt uncomfortable, without knowing exactly why. I kept telling myself that since the logo and name were part of the college’s history, they had a rightful place there. After all, our name is Collège Ahuntsic because we are located in the borough of Ahuntsic-Cartierville. The name Ahuntsic (which means “small and nimble” in the Huron language) was chosen to pay tribute to a French youth who had been huronized and who drowned at age 10 in the Rivière des Prairies rapids in Sault-aux-Récollets. But my unease persisted. As Director General, I felt responsible. The logo troubled me, even though I found it graphically appealing. I knew that we would have to choose a new identity.

And one day, someone asked me: “Nathalie, when will we get a bus with the logo and name of our teams to take student athletes, coaches and equipment to tournaments and championships?” That mental image hit home! It quickly dawned on me that this was impossible. I could no longer sweep the problem under the rug. The idea of having that logo and that name displayed eight feet high on all four sides of a bus rolling down Québec’s highways was simply unthinkable. The name and logo had to change, and the question now was how to go about it.

BB: What steps did you take to set the process in motion?

NV: I asked to meet with Julie Gauthier, an anthropology teacher who heads up Collège Ahuntsic’s Rencontres autochtones (Indigenous encounters) project. My aim was to change the name of our teams, but I didn’t want to do it in an abrupt or arbitrary way. Some people liked the logo and saw it in a positive light as representing a courageous and combative warrior. Others had long opposed the logo, which they associated with the worst form of cultural appropriation. Judging from the number of students in the hallways wearing the hoodie in the colours of the Indiens logo, the vast majority of students involved in sports liked it and were proud to wear it.

The change of name and logo had to come from the community, not the naming committee. And we couldn’t just hold some random naming contest with a chance to win an iPad into the bargain! A real educational opportunity was opening up; this was a chance to have the whole Collège Ahuntsic community discuss the question. We could leverage our higher-education mission to induce everyone to reflect on the serious issue of cultural appropriation. As I was saying, some people wanted to keep the name and others had been calling on the college to change it for years. We had to find a way to help these two groups come to a common understanding of this issue. We needed to settle on a new name that would resonate just as strongly with those who embraced it and would be just as representative of the values that guide them. And we needed to make sure everything unfolded in a spirit of harmony and consensus, without the pressures of an unrealistic timetable.

Julie talked to me about indigenization and took the time to educate me about what it means. Our conversations helped me put a name to my discomfort, to define how I wanted things done and what direction I wanted the college to move in. She submitted a proposal to the college’s Development Fund. And we launched the project in consultation with Mikana, an Indigenous organization.

A little later on in the process, I felt we needed someone to assist us in developing a new identity. We also needed to deal with some issues regarding the college’s reputation. We didn’t want to adopt a new name and logo and find ourselves enmeshed in a controversy because we missed something. That’s when we contacted Pierre Léonard.

BB: What kinds of challenges did you expect to encounter?

NV: I was initially concerned with three potential obstacles: first, impatience on the part of those who wanted to see the name changed; second, outside events liable to put pressure on us, such as the unfolding controversies over the Kanata stage production and the McGill University Redmen. My third concern was resistance among the athletes and coaches. I feared it might be considerable and that it would prove divisive. But as it turned out, everyone was very open-minded. In retrospect, I believe that’s because we made sure they were involved from the start and we took our time. We didn’t set a final deadline precisely so that we would have the latitude to fine-tune our approach based on the reactions to the process, and to do so in collaboration with our Indigenous advisors (the Mikana organization, Gilbert Niquay, and Maya Cousineau-Mollen), as well as our branding expert, Pierre Léonard.

Another challenge was knowing how to stay humble. To talk about indigenization, you have to begin by acknowledging your own ignorance in the matter and admitting that this is something you don’t know much about. You have to get over your fear of offending your interlocutor, because in order to understand, you have to ask questions. You have to name your shame, even if you are not directly responsible for what happened to the Other. You have to help without imposing yourself – facilitate, listen, give others their due place, understand. All of which is to say, stay humble. Above all, don’t act like an overbearing mother. Don’t lecture. And do away with the colonizer in you, at all costs. For my part, I did some reading and took an anthropology course on the history of the First Peoples, I watched films, attended lectures, participated in the Blanket Exercise and even gave a talk on Collège Ahuntsic’s indigenization process at a conference held by Colleges and Institutes Canada! None of this was part of the plan initially. But what started as a change of name and logo ended with the transformation of an institution of higher learning!

BB: What were the keys to your success? How did you achieve your goals without arousing controversy?

NV: The main key was time. We took our time. A second key to success was having the support of our Indigenous advisors. And a third was involving the principal stakeholders, the student athletes. In all things, I’ve ultimately always chosen to trust in the power of education — a tremendous force for change and acceptance — and in people’s intelligence. Indeed, what guided us throughout the process was our determination to seize this great opportunity to educate nearly 8,000 people on the issue of cultural appropriation and the conditions of Indigenous communities. We sought to explain why change is necessary; to tell our story, the history of the Ahuntsic neighbourhood, of its founding and of its first Indigenous inhabitants. It’s important to take the time to step back, to explain some things again, perhaps in a different way, to encourage agreement. And finally, we had to accept that not everyone would approve of what we were doing. But when your motives are pure, when the reasons for your actions are grounded in something real, rational, and immediately relevant, and especially, in this case, when the objective was to remedy an injustice or correct a falsehood, I believe the response can only be positive.

BB: How would you describe the reaction to the new identity?

NV: It was excellent! Although the name is shared with other sports teams, it retains a sense of continuity with the former name. And the logo, the work of a very talented Indigenous designer, Maxime Jennis, is splendid. It’s already very popular and being worn widely.

BB: What have you learned from this whole process?

NV: I have learned a lot and I am still learning because changing the teams’ name and logo is only the first milestone in the process of indigenizing Collège Ahuntsic. We are extending the process through various other concrete measures, in particular, educational workshops designed to help decolonize syllabuses, and we have created a space for working jointly on indigenizing educational practices.

BB: What advice would you give to an organization facing a similar situation?

NV: Enlist the help of Indigenous consultants and take your time. And by all means, use the opportunity to do some educational work, even if you aren’t dealing with an educational institution. Québec still has a long way to go in recognizing the harm done to Indigenous Peoples.

We didn't want to adopt a new name and logo and find ourselves enmeshed in a controversy because we missed something. That's when we contacted Pierre Léonard.

What’s a Name? A Statement of Identity

Choosing a name for your child is a very meaningful decision because the name you choose becomes an expression... 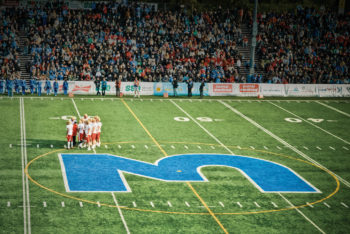 Talents with a global reach. 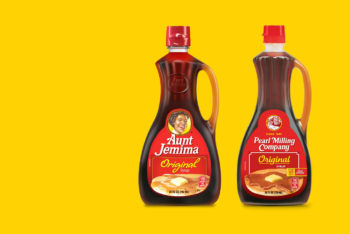 When it’s time to turn the page…

Over the years, many brands that have been part of our landscape for decades have had to change their name and...