Positioning and the Role of Corporate Culture

For several years now, BrandBourg has had a strategic and creative partnership with Premier Tech,* a multinational company based in Rivière-du-Loup, Quebec. In the following exchange with BrandBourg's President Christian Pichette, our client Jean Bélanger, President and Chief Operating Officer of Premier Tech, shares his vision of branding and the role of Premier Tech’s Corporate Culture in the success of his company.

BB: What is a brand, in your view?

Branding begins with a basic need

JB: Long before anyone talked about “brands,” humans felt a need to belong to a clan and partake of a collective identity. It is in our nature to want to be part of a group and achieve something greater than ourselves. I think we can locate the origins of branding in this basic need.

As a company grows, the leaders realize how important it is to nurture and protect their brand. They understand that the brand is omnipresent and that it serves to bind people to the company. They realize that they need to help the brand thrive internally in addition to promoting it externally in the marketplace.

BB: How does Premier Tech "Live the brand"?

The value of a strong corporate culture

JB: Premier Tech has always had a strong Culture and Human-Centered Values.

For the company’s first 65 years, it wasn’t communicated in words. The team was small and had a symbiotic relationship. The Culture was expressed itself in the way people worked together and made decisions. When we hired someone new, it was because everyone on the team agreed that he or she would fit in well.

By 2005, the team had grown and it was time to put something in writing, to communicate our Culture and Values in a formal way. Then we went a step further by creating the Premier Tech University, which was open to interns from all backgrounds.

Today, more than ever, our Culture is the very core of our business model. It is what allows us to attract talented people and to decide what kind of team we want to build and what kind of business we want to pursue.

It can be quite the challenge to stay aligned with our Culture, Values and raison d’être with the passage of time and the successive phases of the company’s development. Consistency is of the essence if we want to stay on course and, above all, keep our people on board.

An employer brand is experienced through your corporate culture.  For things to work well, the head, heart and legs must all be well aligned.

And that applies doubly in the event of a labour shortage.

BB: With more than 4,500 team members, how do you ensure that pt culture is a living thing that permeates the whole company and remains relevant to everyone?

Rallying the troops through storytelling

JB: Storytelling is a great way to transmit our Culture and Values. Today, multimedia and the Web make it easy to reach everyone in our world with engaging messages about where we come from, what we’ve achieved, and our vision for the future.

Someone once told me that there are three secrets to keeping a brand alive and relevant: fun, faith and cash! You need to create an enjoyable environment with devoted people who believe in what they’re doing and you need to back that up with financial investment. This balance is necessary both internally, to attract and motivate staff, and externally, to build customer loyalty.

Whether the company is large or small, whether it provides goods or services in B2B or B2C mode, the corporate culture is the foundation of everything. It is vital to nurture and develop effective means to communicate it.

BB: What kind of effect has premier tech’s culture had on your international growth and the integration of new brands and companies?

JB: When you start growing internationally, you have to make a choice very early on in the process between Greenfield (building from scratch) and Brownfield (proceeding by acquisition), and you have to make the same investment decision every time you expand into a new geographical market.

Premier Tech chose the Brownfield route. Of the 27 countries in which we operate around the world, we only started from the ground up in Canada, the United States and China. The rest of our growth abroad has been through acquisitions.

Growing by acquisition is faster, but you have to be very diligent in choosing the companies you associate with. Finding the right fit in terms of culture and values is vital to the success of an international acquisition.

Rather than getting overly enchanted by a deal, you want to be careful to ensure its long-term viability and make sure the people you’re getting involved with are a good match for you.

Brand management during and after an acquisition

In our industry, few companies are very large. The ones we target have a corporate culture and brands, but most haven’t paid that much attention to them. So when we arrive on the scene and begin talking about aspects of our Culture, they have the impression that we’re putting into words something they were already experiencing but without expressing it.

Our standard approach in the case of an acquisition is to make a smooth transition. We don’t show up on the first morning and paint all the walls blue. Instead, we let companies keep their names for two or three years, while adding a tagline such as “a Premier Tech company.”

We’ve rarely had branding conflicts in connection with our acquisitions. Often, the name of the company we were buying was also its brand name. And it’s not often that we’ve entered a market where our product brands duplicate each other.

At Premier Tech, we’ve placed a lot of emphasis on internal branding to strengthen the sense of belonging. We wanted to build a strong Culture and Values which keep everyone on the same page.

It is only recently, in the last 10 years, that we’ve really started tending to our product brands. Initially, we thought it wasn’t all that important because we were mainly B2B. But a turning point came when we bought what is now Premier Tech Home and Garden. We found ourselves with consumer brands, and we thought, “What are we doing?”

The last few years have seen a rapid expansion of our brand management activities. Our company has been in business for nearly a century, and we’ve concluded that the power of brands should never be underestimated! 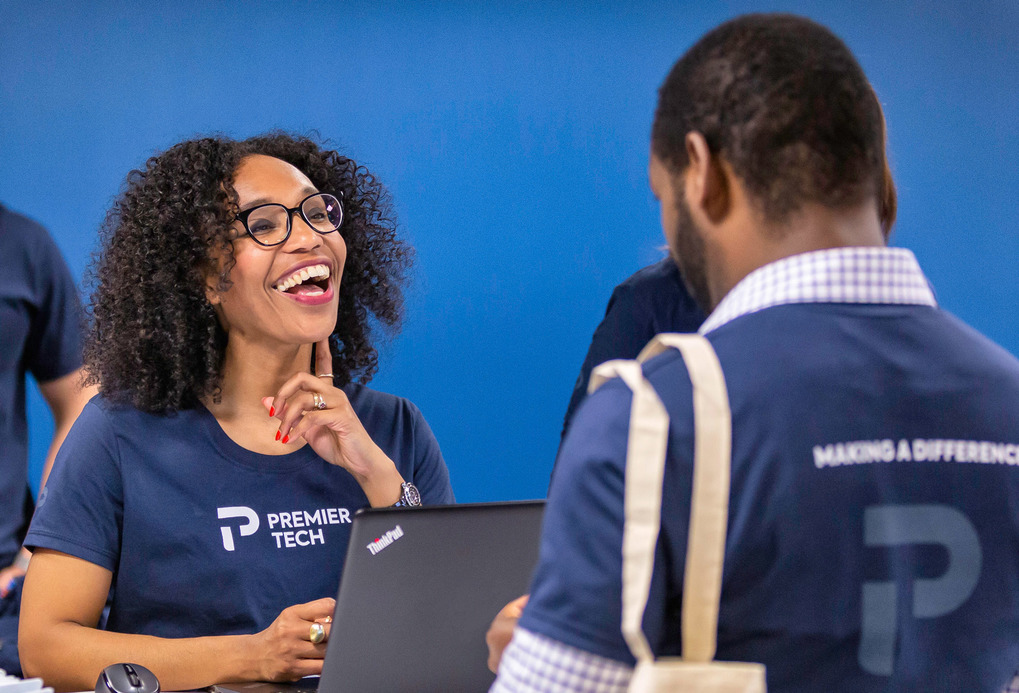 BB: Does premier tech’s culture play a role in managing your talent recruitment and retention efforts, and what we call the "employer brand"?

Fostering growth in the face of labour shortage

JB: Today, we face recruitment challenges across the globe, not just in Quebec, but in France, Thailand, and Holland – all over. People with the requisite skills are hard to come by, and there’s a shortage of training too.

On a smaller scale, we’ve been facing this kind of challenge for 30 years. Seeking to attract talent to the regions has given Premier Tech a slight edge in the recruitment race. Being based in Rivière-du-Loup and doing business internationally, in a field that relies on cutting-edge technology, is quite the challenge!

It’s made us very agile in our approach to recruitment. We’ve created a Premier Tech Experience for people who agree to move here. The design, the workplace architecture, the atmosphere, the services available to the crew – it all reflects our Culture and makes people want to grow with us.

We send people abroad and we bring people to Rivière-du-Loup. We bring them from Brazil, India, China, the Netherlands, and so on. We immerse them in our culture and they leave well saturated!

We approach talent acquisition in the same way as we approach business challenges. There is intense competition, so we need to be innovative in our products, leverage our brand, and bring the Premier Tech Culture to life.

About 15 years ago, we created a company university. This allows us to offer nanotraining sessions that last from five to 15 minutes as well as training programs of up to 18 months.

When our first cohort graduated, we had already planned on having them stay in touch, even long distance because, in addition to transmitting necessary skills, training helps makes our teams more cohesive.

We use the same creative approach to talent development as we do for product R&D. If you think about it, it’s actually very similar. In both cases, people are the starting point. 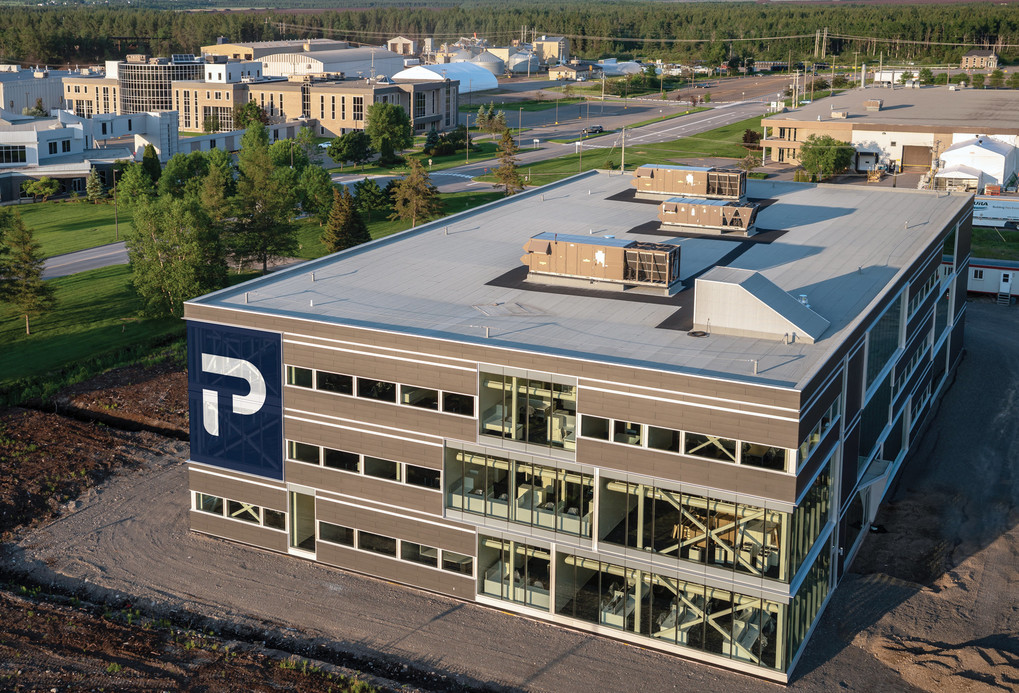 *Making a difference, this is what we are all about at Premier Tech. One team driven by a shared passion to deliver solutions that will better the lives of people, businesses and communities. For over 95 years.

At Premier Tech, People and Technologies connect in lasting, transformative ways, giving life to products and services that help feed, protect and improve our world.

"Long before anyone talked about “brands,” humans felt a need to belong to a clan and partake of a collective identity." 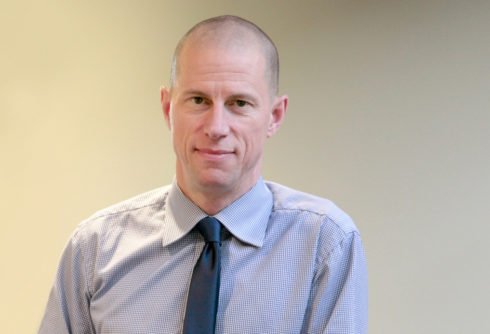 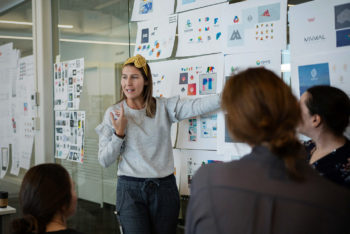 The Fruits of a Collaborative Effort

Like Premier Tech itself, BrandBourg fosters an open and collaborative approach. The agency and the client wor... 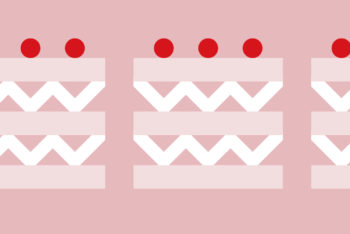 The Icing Does not Make the Cake.

There is no ready-made recipe for making your organization desirable.... 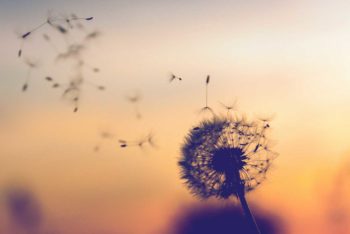 Brand Citizenship For the Benefit of All

So much has been said and written about solidarity and corporate engagement during crisis situations like the ...